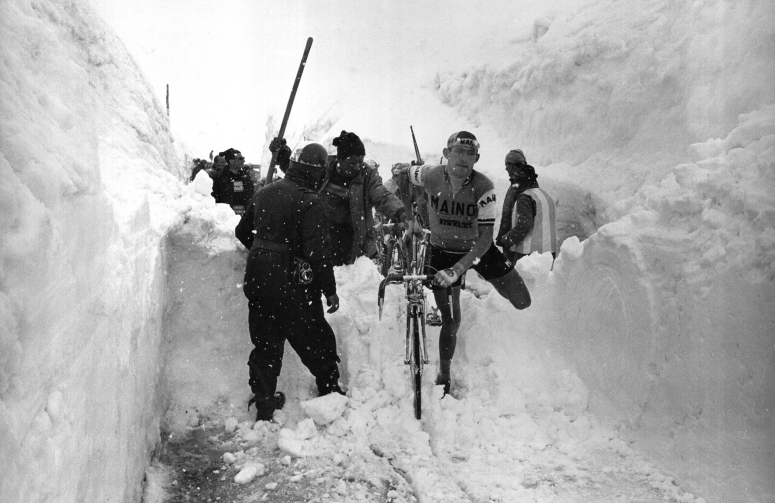 All my gadgets and whatchamacallits are set to give me feedback about professional cycling, tips, new-to-the-market stuff, and anything else related to that subject. As I have mentioned before, my wife gave me an NBC Sports Gold subscription for Christmas, and it has been icing on the cake. I consume cycling information and thoroughly enjoy watching the races. I also take a cruise around the YouTube channels (GCN and the like) when I am on my trainer. I like cycling.

Here is where I need help from someone in the know or just someone who want to take a guess. We have made it through the classics and a few smaller stage races. The Grand Tours are starting now, which brings me to the old man, The Giro d’Italia. It is the hurt locker of Italy. It is the formidable mountain climbs with screaming, hair-on-fire descending. It is unpredictable weather. It is cycling history in the making. It is one of the oldest and most revered races in the world. And it is no where to be found. Yes, YouTube has some broadcasting in various languages and spotty clips for stages, but where is the hype? I will not get into the debate of which is best, The Giro or The Tour, but I have heard that they both use the same promoters. So what gives? I think Italy is getting the shaft. Why does this race not receive the same amount of attention, globally, as The Tour? I mean at least provide some coverage on YouTube, besides a little interview and the last kilometer of a stage. Yes, there are some paying websites, but $49.00 a month is a bit much when trying to just catch a single GT.

Maybe there are some underlying reasons that my European friends know, like someone pissed off someone else back in 1954 and it has never been the same. It is just an odd thing. Almost as odd as the supposedly best cyclist in the world not even attempting to win The Giro and The Tour in the same year . . . but that is another post at a later time.